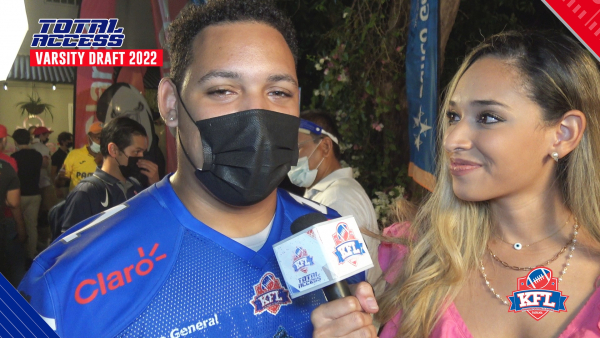 For what is expected to be the best season of American Football ever, more than 100 students and their families gathered at Hooters Restaurant in Albrook, Panama, for the second annual ‘Draft’ of the Kiwanis Football League (KFL) Varsity.

Similar to the NFL, the Draft offers coaches a chance to add players from other schools to their rosters.

“The purpose of the draft is to give students who are not enrolled in one of our mother schools the opportunity to participate”, explained Aljejandro Roy, KFL Varsity commissioner.

“Teams usually draft the bigger kids while they rely on their host school students for talent at the other skill positions” he added.

A total of 52 students were assigned to teams through the Draft from a pool of 75 eligible athletes.

American Football Films documented the Draft for the first time.

“We’ve always been profoundly interested in Varsity simply because it represents the largest pool of athletes with high potential to play football in the United States”, said Andre Antonio, founder.

“We look forward to placing more and more students in US programs” he said.